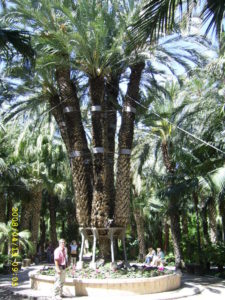 Palms can be as single stemmed or clustering, according to have one or more trunks. In the first case presented a solitary trunk, more or less thick, which can be smooth, ringed with leaf debris, fibers, or thorns and grows to a characteristic height for the species.

In contrast, in the case of multi stemmed, in the same root system activate different growth buds giving rise to a trunk each.

The common feature among solitary and clustering palms is that each stem, at the apex, have a single bud of growth that gives rise to leaves, forming the crown

If the apical bud is damaged, the palm usually dies unable to continue generating the leaves responsible for photosynthesis, gas exchange, etc.

Notwithstanding the foregoing, there are cases where damage to the bud, the palm responds, in a desperate attempt to survive, by activating another cell which seeks to replace the damaged..

In certain cases of apical accidents, it activates a new bud growth, even if the damaged remains alive. In this case we have a palm with two growing points from which to develop two crowns of leaves that blossom and bear fruit in due time.

While not entirely clear why, it is evident that some species have a greater tendency to branch than others. Also some specimens are particularly likely to trigger new growth buds and we can find palm with several branches.

This may be a survival strategy of some species in weather typical of their habitat such as high winds, lightning, forest fires during the dry seasons and / or predators that eat your heart

In example, the Black Bear (Ursus americanus) feed on the “hearts” (the terminal buds) of Sabal and Serenoa genus, damaging or killing the palms (Roof 1997).

Fortunately, many species of palms have a tremendous fire resistance and resilience after fires. Species such as Chamaerops humilis, Copernicia alba, Whasingtonia spp. and Butia spp. are able to withstand and survive forest fires, renewing its crown of leaves in subsequent seasons. However, many specimens do not support it and die.

Thus, it is common to see branched palms of Sabal and Colpothrinax genus in areas of Caribbean hurricanes or Butia sp and Copernicia alba , in the extensive grassland in , vulnerable to summer fires

It is also the case of species that tend to branch, either from the base and the aerial part of the trunk, spontaneously, without apical damage. This is the case of dactylifera and Dypsis lutescens, among many other.

This is necessary to make clear that we must not confuse the palms branched apical spontaneously or by accident, with those that are naturally grow in a dichotomous branching. This means that not only branch, but they do over and over again, which is something quite unusual, not only in the family of palm trees but among all higher plants. Such is the case of the genus Hyphaene that grows in Africa. 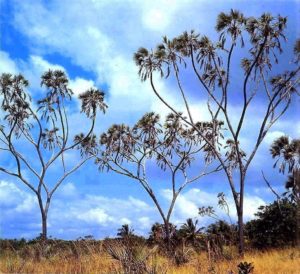 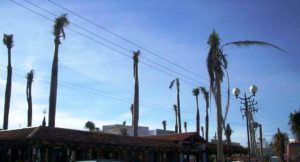 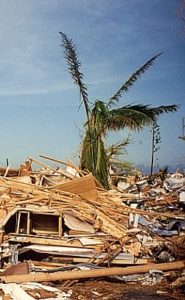 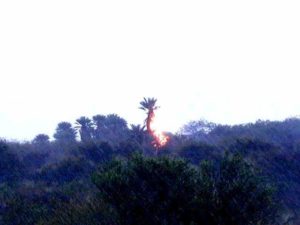 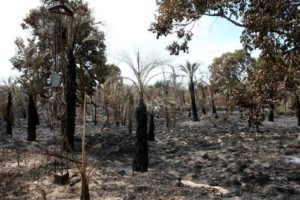 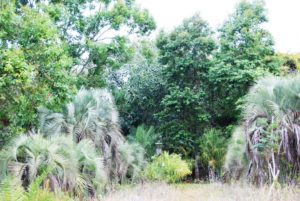 The same vegetation, the following year 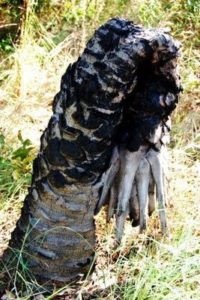 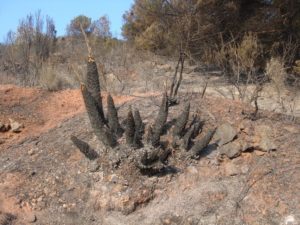 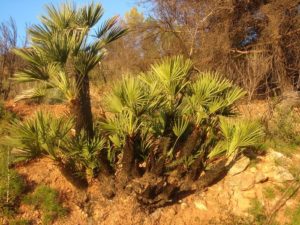 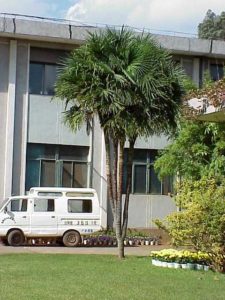 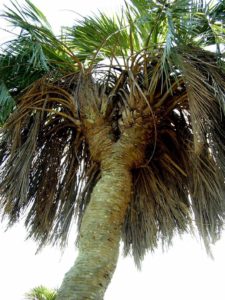 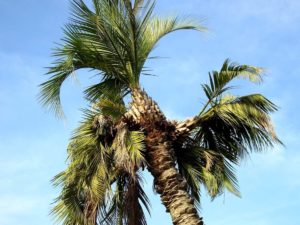 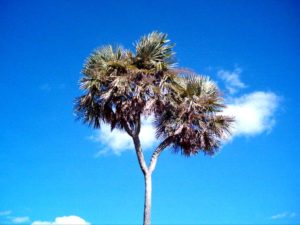 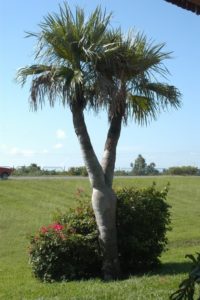 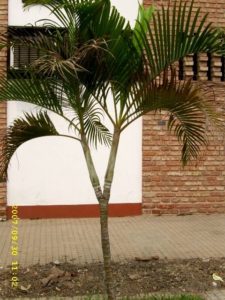 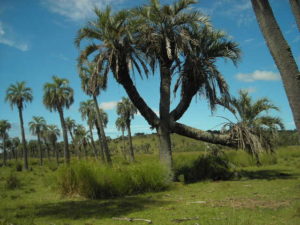 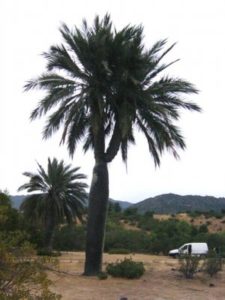 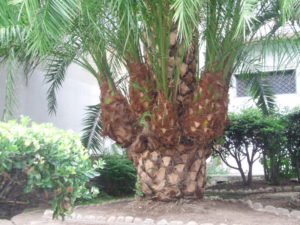 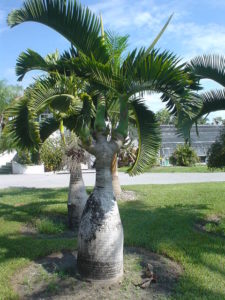 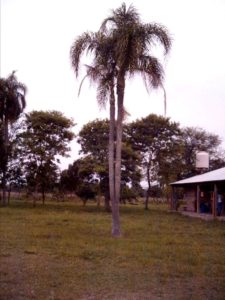 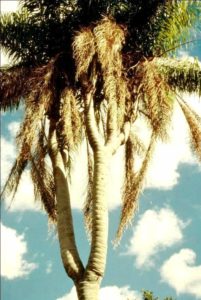 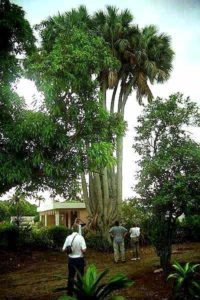 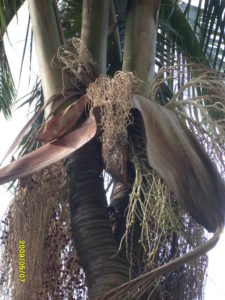 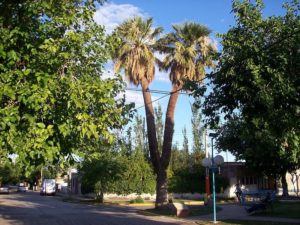